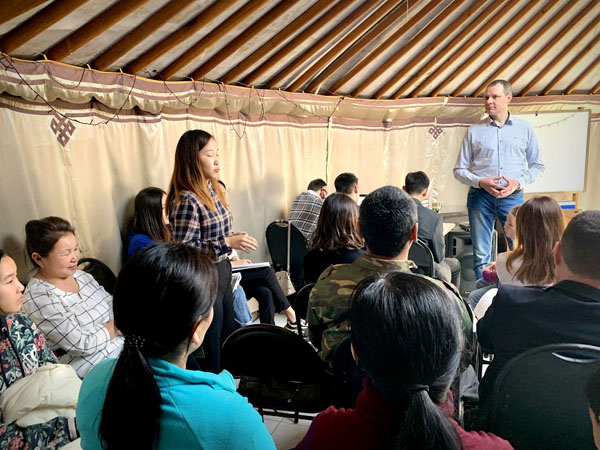 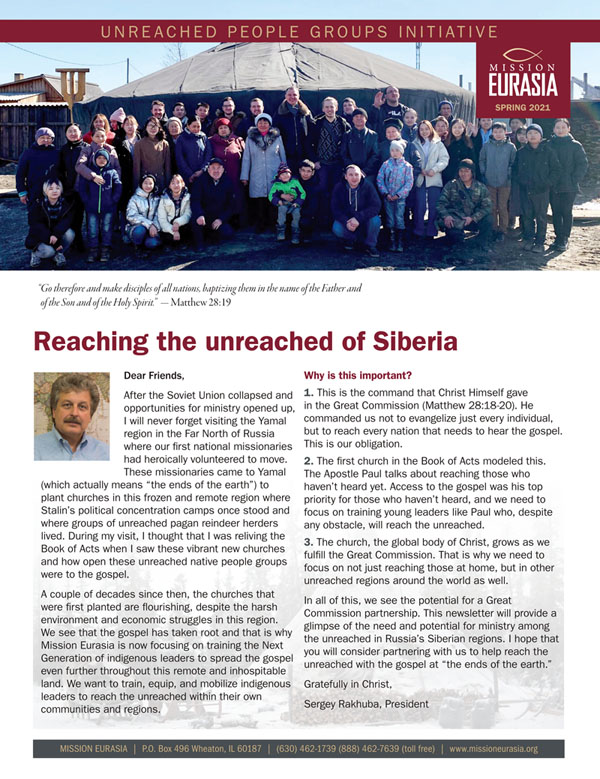 Reaching the unreached with the gospel

People in the most remote areas of Eurasia are learning about Jesus—many for the first time! Of the 6,671 unreached people groups (UPGs) in the world (those that are less than 2% evangelical), more than 300 of them live in the former Soviet Union, where Mission Eurasia focuses its ministry. These groups represent more than 90 million people in a region that includes Western Siberia, Azerbaijan, the Roma (Gypsy people) in Ukraine, and the vast North Caucasus region. These UPGs comprise people groups that retain their own distinct languages and cultures, and more than 50 million of them are part of people groups that are less than 0.1 percent evangelical.  Many of them live in areas where Stalin’s political concentration camps once dotted the land. But when the Soviet Union collapsed in 1991, Mission Eurasia (then Russian Ministries) sent its first missionaries to this region as unprecedented ministry opportunities opened up.

Mission Eurasia’s Next Generation leaders access these difficult to reach areas, offering ministry training and resources. This training includes classes for nomadic groups through School Without Walls (SWW) that help nationals reach their people groups with the Good News of Jesus Christ.

Don Parsons, Mission Eurasia’s director for unreached people groups, says many of these groups “probably don’t know where to find a church. Most don’t even know a single follower of Jesus.” Our ministry, he noted, is “committed to inspiring, training, and equipping the Next Generation of leaders to mobilize national churches in order to cross borders and cultures and preach the gospel of the Kingdom to all people groups living in post-Soviet nations.”

To support the work of Mission Eurasia Unreached People Groups Initiative, click on one of the following options:

Share the Hope of Jesus with the Unreached in Eurasia

Help us bring the Good News to many of the 90 million unreached people in Eurasia who have yet to hear the gospel.