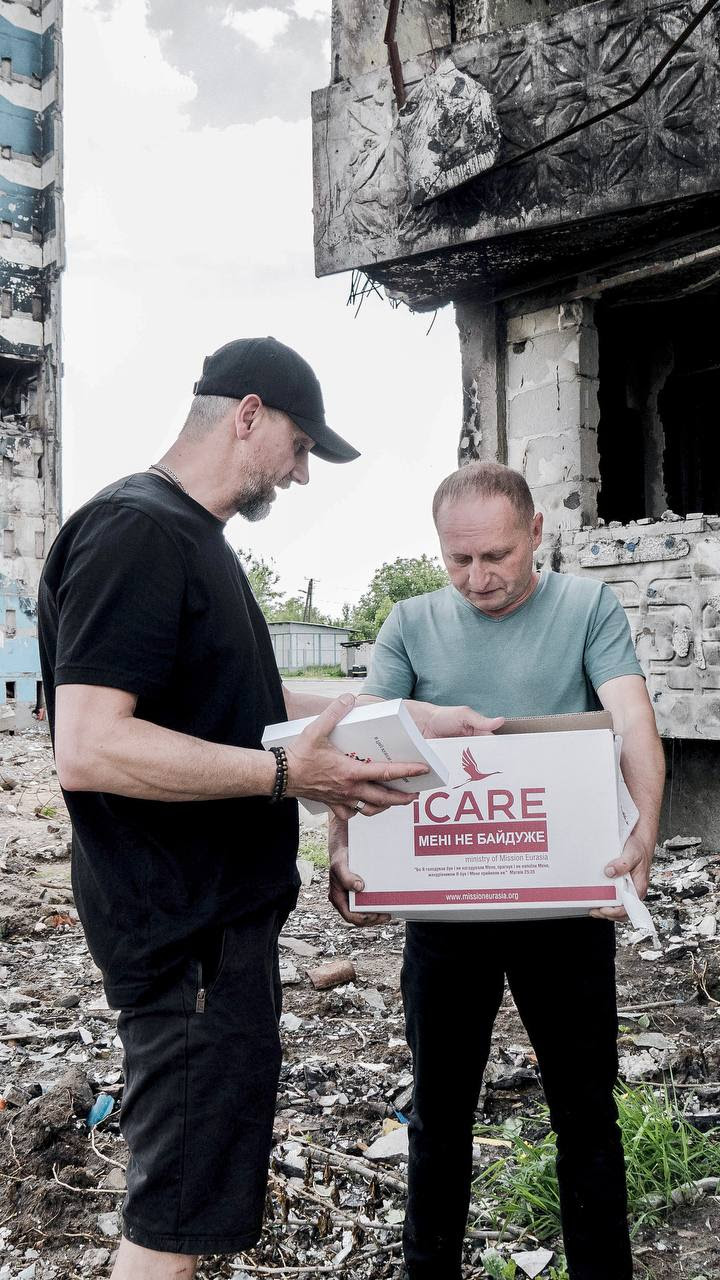 Borodyanka is one of the cities that the Russian troops came to “save” from peaceful lives, homes, loved ones, and life itself. Instead, the Russians left behind massive destruction and unbearable pain.

Victor was one of those who suffered from that destruction. The most amazing part is that he and his entire family (five people) were able to leave the town at the very last moment, right before the Russians entered and occupied the town. Unfortunately, he couldn’t take his beloved dog with them, and it didn’t survive.

Victor now shows others the ruins of his apartment that was completely destroyed.  He shares that his family was so happy and enjoyed life so much there, but that now it is all gone.

However, Victor is also very grateful that his whole family survived. He humbly received the iCare package from Mission Eurasia that his family needed so much. They now don’t have a place to live and don’t have jobs, but Victor now knows that he is not alone in his pain. He knows that God has not forgotten him, that He loves him, and that He will always be there to help him and his family.

Posted in I Care, Ukraine
DONATE