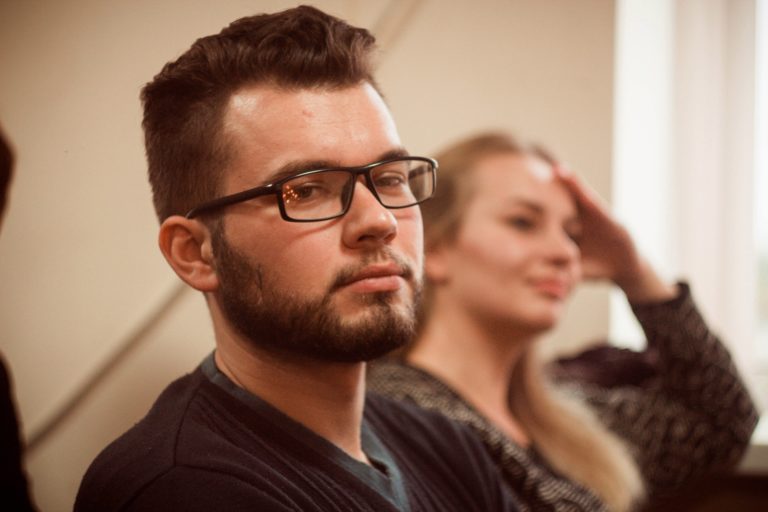 Slava is a current School Without Walls student from Belarus in his first year of study. For many years he was an atheist who made fun of Christians for their faith. But after making some friends from School Without Walls and attending one of Mission Eurasia’s Empower Conferences, God began to work in Slava’s heart and transform his life:

“I’m 23 years old, and I grew up in a non-Christian family. For people like my father, I have a special name, ‘aggressive atheist,’ as he completely denies God’s existence. In fact, when I was growing up, the only person who talked with me about God was my grandmother. She taught me the importance of reading the Bible and praying, but I still didn’t want to believe in God. I needed proof, and I even made fun of Christians for their faith. However, my grandmother patiently listened and continued to talk with me about salvation.

“When I was older, I moved to Pinsk and got a job as a barista at a coffee shop where many Christians worked, including some SWW students. I soon became friends with the students from SWW, and I often asked them about their faith, but to my surprise, they never tried to prove anything to me. I still refused to accept what they believed, but two months later, one of my friends invited me to work at Mission Eurasia’s Empower Conference, because they needed a barista. 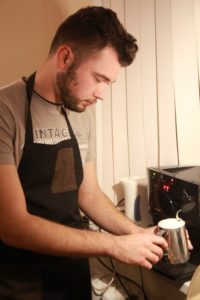 “During the Empower Conference, I was surrounded by Christians for four days. I was very impressed by the event and the friendly atmosphere created by the students. After working at the conference, I stopped making fun of Christians, because one of my friends told me, ‘Friends respect one another’s personal views.’ I also felt humbled when I realized that my Christian friends had never made fun of my atheistic views.

“A few weeks later, I went to the Joy Youth Club, led by SWW students, and I really enjoyed talking with the Christians I met. I think God was working in me, but also giving me a choice. In the summer, I moved to Brest for a new job, but almost every weekend, I went back to Pinsk so I could hang out with my friends from church. I went to their home group, but I still avoided talking about God too much. However, He was continuing to work in my heart. In early autumn, the leaders of the home group said that we would be studying the entire New Testament, starting with the Gospel of Matthew. My heart started to change, and I found myself thinking about God. He was waiting for me to make a choice, and I finally confessed to the home group that my views about Christians and the Church were wrong.

“Three weeks later, I attended a SWW meeting at church, and afterward, I prayed a prayer of repentance with the pastor. And then my new life began! I immediately got involved in church life by serving at the Joy Youth Club. I thank God that my grandmother and friends endured my poor treatment, and I’m so grateful that they didn’t turn away from me. I know that I will face many challenges in my Christian walk, but I also know that my Father loves me and will be with me every step of the way.

“This year, I also started studying at SWW, and I’m so glad that this program is pushing me in the right direction. I also want to help others, because there are so many people in need, and the Lord calls us to serve our neighbors. Now, I serve coffee at the youth club and talk with young people about God. Even though I have repented, I still have many questions, but with God’s grace, I want to use my life to glorify Him. I want my faith to grow, and with the help of my church, the Joy Youth Club, and SWW seminars, I want the Lord to use me to lead people to Him.”