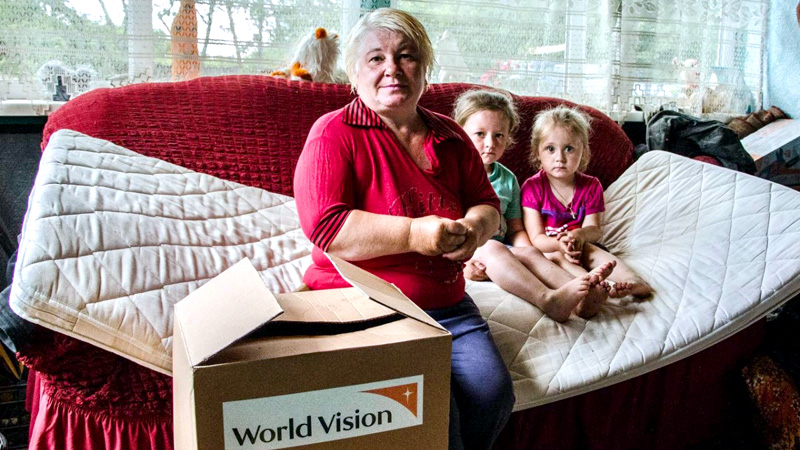 The steadfast love of the Lord never ceases; his mercies never come to an end; they are new every morning; great is your faithfulness.
—Lamentations 3:22-23, ESV

It has been more than four months since the Russians invaded Ukraine. Sorrow and suffering, death and destruction abound. But we also see God at work in the most wondrous ways!

Our teams are at work in refugee assistance centers in Ukraine, distributing food in Chernivtsi and Korosten. These distributions are in partnership with World Vision. Our volunteers put together food packages and distribute them in places where displaced people are concentrated and even help those who struggle to carry their heavy boxes. This outreach gives us the opportunity to talk, build relationships, and encourage people who have been shattered by war. 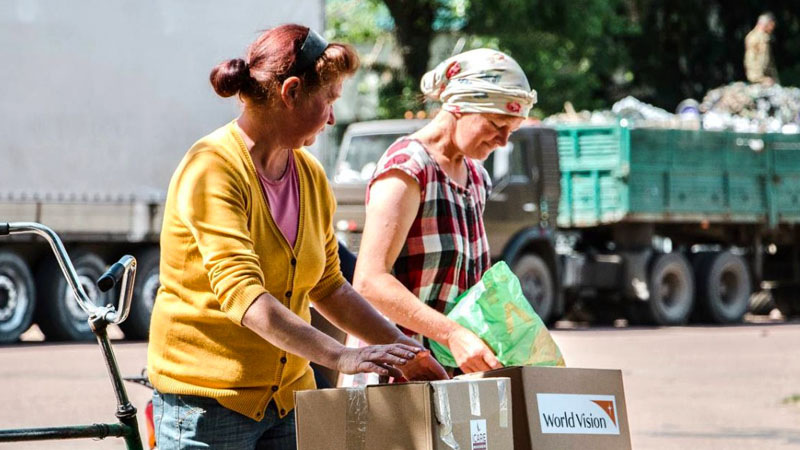 Lifesaving humanitarian aid opens hearts to hear the hope of the gospel. Allow me to share three small miracles that our volunteers at our center in Chernivtsi recently experienced:

“Apart from providing food for the displaced people, we often offer them clothes if they need them. One morning I opened a package with things and saw crutches. We had never received anything like that before, so I prayed and said to God, ‘You know who it’s for.’ An hour later, a young woman from Kharkiv came to our center looking for crutches—crutches her mother needed. I told her about my prayer and shared about the Lord. Both her and her mother come to church now!” —Kateryna

“We opened a box with aid and saw a big bag of maternity clothes. We had never been asked for anything like that before and decided to put that bag away. But by the end of the day, a pregnant woman came in, hoping we had clothes for her. As we opened the bag to share the maternity clothes with her, we found a card from a woman in the US who sent those clothes, saying she was praying for an expectant mother during this time of war.” —Misha and Olesya

“Saturday morning, I received a phone call from a lady who came to our center to receive medicine. The thing was, our center was closed on Saturday. But the Lord put it on my heart to offer to meet her at a café so I could give her the medicine. We met up and spent some time together. I gave her the medicine and shared about the Lord with her. We now meet every two days, read the Gospel of John together, and I see how she is getting closer to the Lord.” 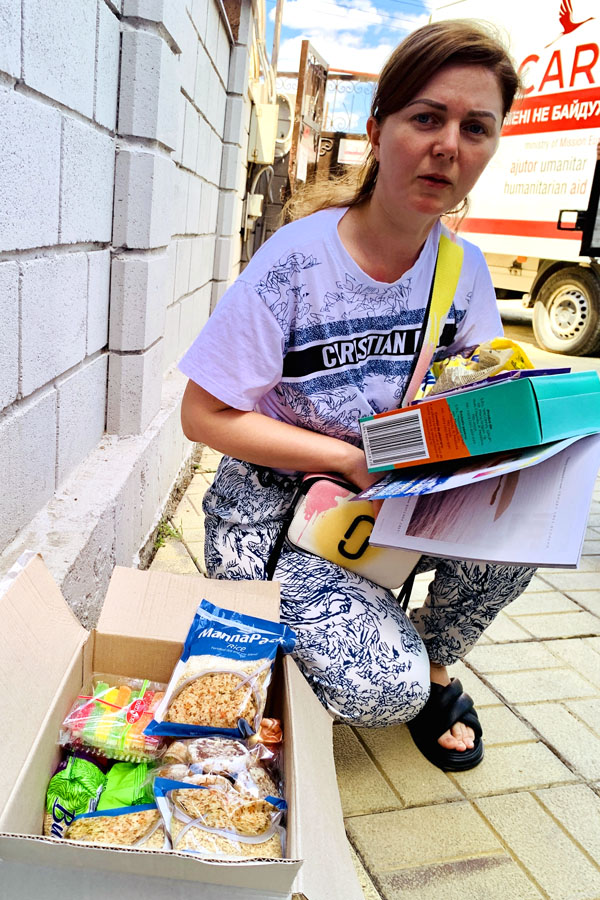 Lastly, words of heartfelt thanks from Moldova:

Svitlana is one of millions of refugees who came to Chisinau, Moldova with her two children at the beginning of the war. Her husband stayed behind, hoping to find work in Ukraine to provide for his family, but it’s very hard to find jobs there right now. While it saddens him that he can’t help his family much, he is relieved and thankful that friends like you and caring people in Moldova people are taking care of his family.

Svitlana is also deeply thankful for the iCare food box she received. She says, “Thank you so very much for the food package. Because of this food, we have what we need to meet our basic needs. And it’s also very encouraging for us to have the support from you.”

Thank you for your prayers and ongoing support to share food and hope with the war-weary people of Ukraine.