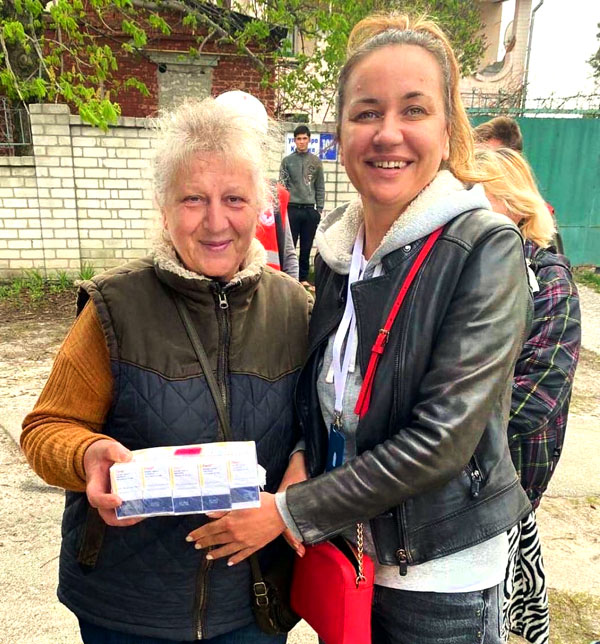 “It was in the worst days that they received the most crucially important help from Christians. It was then that I started believing in God who saves people through His followers.”
—Aleksei, a doctor who has come to faith in Jesus Christ

Heavy fighting still continues in Ukraine, mainly in the southeastern part of the country. Russian forces are also striking central and western Ukraine. There is a severe shortage of fuel and the prices for goods and food are soaring.

Our iCare refugee assistance centers continue working very hard in Lutsk, Chernivtsi, Mukachevo, Korosten, Zhytomyr, and Lviv. We have added new cities, too—Kharkiv, Dnipro, and Odesa. Through your kind support, we continue to send large amounts of aid to these cities where churches and volunteers help with the distribution of our iCare boxes filled with food, Scripture, and more.

Medicine continues to be a huge challenge. You may know that the Christian Medical Association (CMA) is part of Mission Eurasia’s Next Generation Professional Leadership Initiative (NGPLI). This vital group of medical professionals continues to organize help from healthcare workers and deliveries of medical supplies to Ukraine for internally displaced people, to those who are still in war zones, and to vulnerable people and orphans. Practically from the beginning, the initiative of Christians in the medical field became part of the iCare project, with healthcare workers using iCare boxes to transport medicines along with our printed Scripture resources. 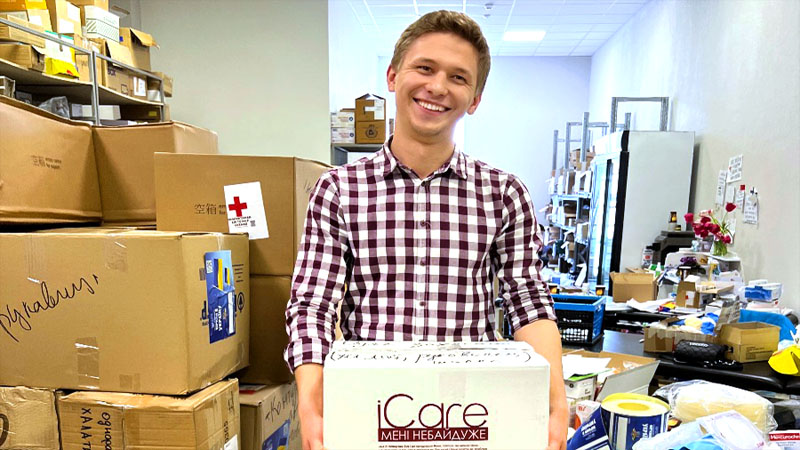 “Medicines are expensive. But human lives are invaluable,” says Rudolf, the leader of CMA.

When the Russian army occupied Kherson and other towns and villages in southern Ukraine, that region was hit by a humanitarian crisis and the biggest need was medicine. Risking their lives, Christian volunteers started transporting medicines through Russian checkpoints, delivering them to people in need. Through these efforts, the lives of patients in one home for the elderly were literally saved.

Aleksei, a doctor at the home says, “When Russian troops entered the city, all the medicines in pharmacies disappeared. We knew that we’d be able to help our elderly patients for a maximum of 10 days using what we had stored up. But after that, without those life-saving medicines, our elderly were doomed. Before the war, we had people from a local church who came to our home to help our elderly and support them. It was because of those people that our problem with medicines was solved. I never thought that Christians in our country would have such unity and would serve people so passionately. Our ‘God-believers,’ as we called them, contacted their fellow believers in western Ukraine, and in a few days we had all the necessary medicines. All our elderly are now out of the occupied territory, and there is no threat to their lives. But it was in the worst days that they received the most crucially important help from Christians. It was then that I started believing in God who saves people through His followers.”

Please continue praying and supporting our iCare initiatives that not only feed people, but also save lives while planting the seeds of faith.