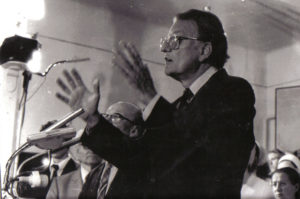 One of the world’s most inspiring pillars of Christian faith went to be with his beloved Heavenly Father today. The passing of the Reverend Billy Graham moved us at Mission Eurasia to reflect with immense gratitude on his rich life of service to God’s Kingdom and the ways in which his ministry and ours intersected by God’s grace over the years.

Mission Eurasia’s president, Sergey Rakhuba, remembers first meeting Billy Graham in 1987, during the height of the Soviet Union, at a dinner for evangelical pastors in Russia. Sergey shares the memory of this inspiring meeting with Rev. Graham in Moscow and the impact it had on Sergey’s future ministry and the ministry of Mission Eurasia:

“For pastors who had to faithfully lead their churches under the pressures and challenges of the Soviet regime, this dinner with Rev. Graham in Moscow was an encouraging and faith-building night in the midst of a fearful and uncertain time,” says Sergey. It foreshadowed the growing gospel movement that would spread across Eurasia when the Soviet Union fell a few years later . . . 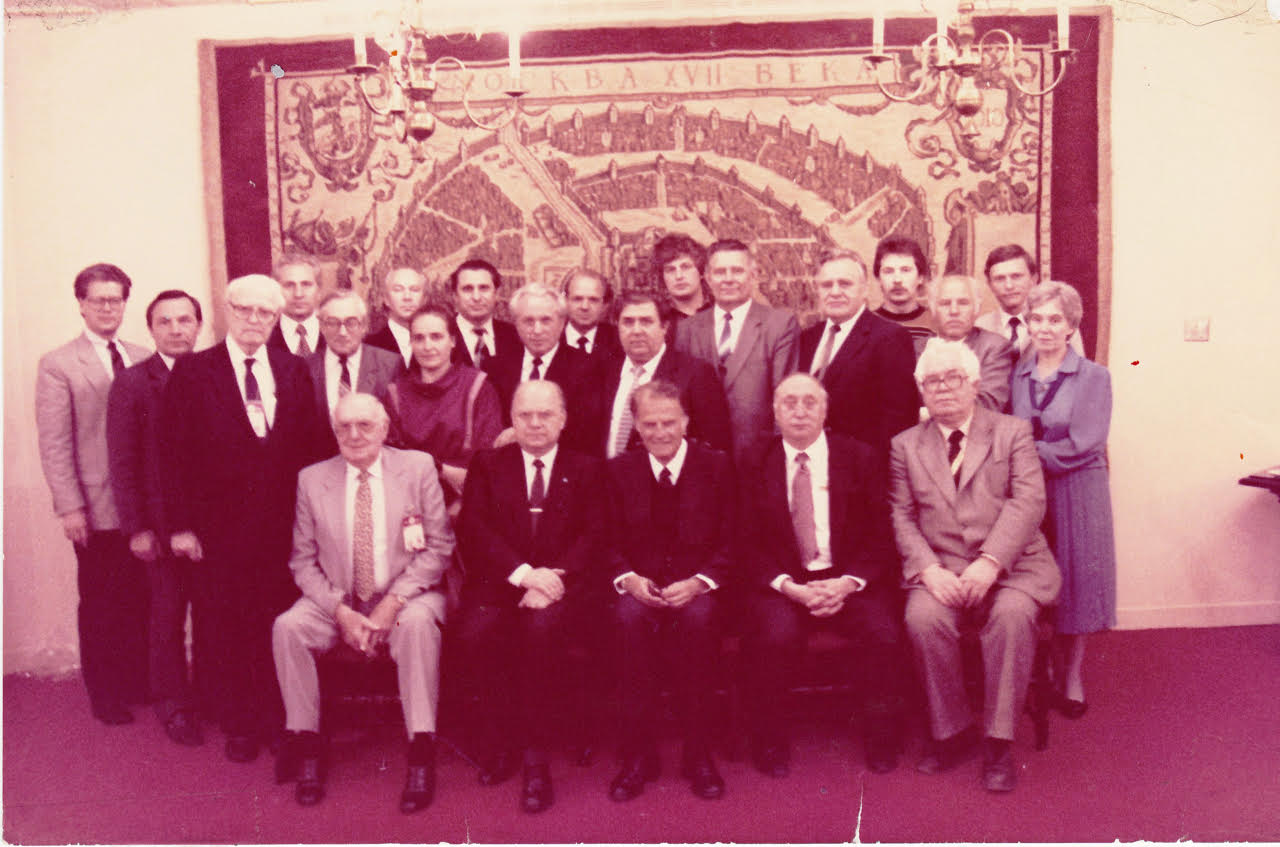 Billy Graham meeting with evangelical pastors and leaders in Moscow, Russia in 1987

“My closest colleague, Dr. Michael Cherenkov (Mission Eurasia’s executive director of field ministries), was also impacted forever by an encounter with Billy Graham in Russia. In 1992, a year after the fall of the Soviet Union, Michael remembers traveling as a young man and brand-new Christian from faraway Donetsk, Ukraine to the Red Square in Moscow in order to hear the great Rev. Graham preach to a crowd of thousands. Michael called this an ‘unbelievable miracle,’ writing, ‘In the center of Moscow, not far from the Kremlin, the most famous evangelist in history preached the gospel to thousands, and everyone who wished could freely obtain a formerly forbidden Bible. A revival had started, which promised reformation and renewal. 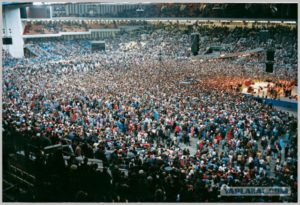 A Moscow crowd gathers to see Billy Graham preach in 1992

“Inspired and captivated by what he had seen and heard that day, Michael returned to his village in Ukraine under the influence of Billy Graham’s message. Feeling the promptings of God’s call and seeing a colossal need for the gospel in post-Soviet society, Michael made a decision. He would be a preacher, an evangelist, and a catalyst for reformation and renewal in the post-Soviet sphere. And so Michael began working with Mission Eurasia (then Russian Ministries) to continue this gospel movement across Eurasia, where it blossoms and flourishes to this day as we train and equip thousands of young Christian leaders for strategic ministry.

“Like Michael and myself, many of the men and women who heard Rev. Graham preach in Russia on that miraculous day in 1992 went on to be trained as church-planters and evangelists, working with Mission Eurasia and other ministries to plant churches, serve the lost, train new Christian leaders, and deliver God’s Word and the message of Jesus to a broken and hurting post-Soviet world.”

The incredible legacy of Billy Graham is still being felt in the heart of Eurasia today and in the hearts of those who serve with Mission Eurasia. We grieve his passing from this world, but we rejoice that Rev. Graham is united with his beloved Savior and hope for the day when we, too, will be united with our Savior and every tear will be wiped away. 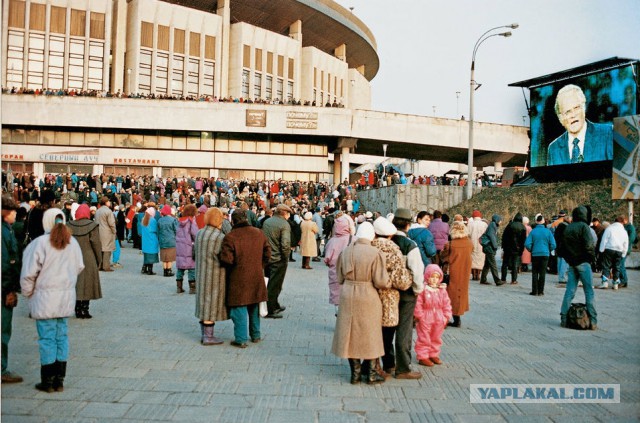